The Hippocratic Post website reports that Britain’s teenage girls are ditching dairy, according to a survey among 2,000 UK adults, including over 1,000 parents, which showed that almost 1 in 5 teenage girls aged 13-19 are drinking less milk than two years ago, and one in six have cut it out of their diets altogether.

Sophie Medlin, a dietitian and lecturer in Nutrition and Dietetics at King’s College London, suggests that this is a result of fad diets, presumed intolerances and a preference for what they perceive are ‘healthier’ plant-based alternatives. She predicts a generational health crisis of osteoporosis and poor health in the future should this trend continue. “Many teenage girls are completely unaware the majority of calcium needed for good bone health is stored in the body during your early years, and your opportunity for strengthening bones ends after the age of 30. Iodine is also critical for a functioning metabolism and proper growth and development. Cows’ milk is one of the richest sources of both in the UK diet.”

A fifth (19%) of teenage girls surveyed blamed an intolerance to lactose for their avoidance of cows’ milk. However, the Food Standards Agency reports that the actual proportion of Brits who suffer from true lactose intolerance is as low as 5% – meaning there could be something else at play.

New clinical research published in the UK Nutrition Journal last year suggests an alternative cause for those who report issues with dairy – it could be the A1 protein triggering their symptoms, not the lactose. A simple switch to a cows’ milk that is naturally free-from the A1 protein, such as a2 Milk, could be the answer.

Medlin says: “A number of people misdiagnose themselves with lactose intolerance when there is some evidence that it could be intolerance to the A1 milk protein. There is an increasing body of research to show that those who previously thought they couldn’t drink milk because of lactose, may be able to tolerate milk containing only the A2 protein. I would always prefer to recommend a dairy milk over a calcium fortified alternative due to the abundance of nutritional benefits that are particularly pertinent to the health of teenagers.

Only 16% of 18-35 year olds who had given up cows’ milk had done so as a result of talking to a health care professional such as a dietitian or a GP. This compared to a whopping 41% of that age group who cited friends and family, celebrities, bloggers and social media as the influences for such an important dietary change.

Medlin says: “The current fashion for eliminating key food groups, promoted by the new generation of online influencers who have adopted dairy free diets for themselves, is concerning and without proper guidance could lead to many negative health consequences.”

Last year, The National Osteoporosis Society announced new research suggesting under 25s are much more likely than any other age group to be following health, diet or nutrition bloggers on social media. ‘Dairy-free’ is now seen as a buzz word as more online influencers than ever before are promoting dairy free recipes, leading to concern from health professionals over their influence on young people’s eating habits.

This latest research showed that out of the teenage girls who had ditched dairy, 1 in 5 (21%) said it was because they prefer alternative drinks such as almond milk, or think they are healthier than the real thing – but this could not be further from the truth. Often, these drinks are filled with a long line of additives and emulsifiers, as well as artificial nutrients that are not easily absorbed by the body. And some almond milks can contain only 2% almonds! That’s around 6 almonds per litre.

Worryingly, a quarter of respondents aged 18-35 (25%) choose the least nutritionally beneficial alternative – coconut milk. The average carton of coconut milk contains nearly twice as much fat as other alternatives and over five additives.

With a recent study by the University of Surrey showing that the popular plant-based milks on the market had only around 3% of the iodine content of cows’ milk, any nutritional benefits claimed to make the case for alternative milks are difficult to prove.

The research was undertaken by Opinium on behalf of a2 Milk. 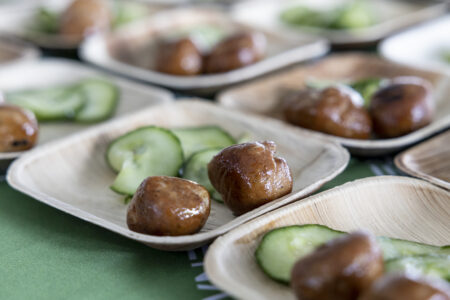 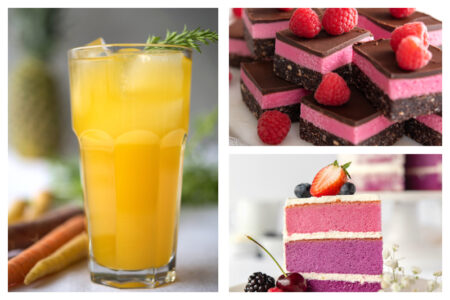