The latest export statistics from the Food and Drink Federation (FDF) reveal that any failure to secure continued access to the EU’s many preferential trade deals could have serious implications for the food and drink industry, with exports to these markets now worth more than £2bn to UK producers.

The EU currently has more than 30 agreements in place with around 60 countries who contributed more than 10% (£2.3bn) of the UK’s total food and drink export figure of over £22bn in 2017. Of those countries Canada, South Korea, South Africa, Mexico and Norway were the UK’s biggest customers, with exports to South Korea having grown 51% since the deal entered into force in 2011. In total, the EU27 and those markets with which the EU has trade agreements contributed over 70% of the UK’s food and drink export value, more than £15bn.

According to the FDF, with little more than a year remaining until the UK leaves the EU, it is essential for the future growth of UK food and drink that government successfully delivers its plans for continued access to each of the EU’s trade deals. To achieve this, the government will need to secure an agreement with each third country, and in each case with the EU, that includes the UK’s fair share of tariff-rate quotas.

Loss of preferential access to these markets during or after the transition period would have damaging impacts on the country’s export competitiveness. It would also threaten the UK’s ability to import ingredients and raw materials that complement its use of UK produce to deliver affordability, availability, and choice of food for UK consumers. Without this access to imported ingredients, domestic production and the UK’s export success story would be at risk.

Growth of branded goods exports exceeded growth of all food and drink, up 12.1% and 9.7% respectively, as demand for quality UK products increased overseas. Each of the top ten markets for branded exports saw growth in 2017. Eight out of these top ten markets are EU nations, and together these eight markets contributed over 50% of the branded exports value.

Sales to non-EU markets grew faster than sales to the EU, with the share of sales to EU markets falling from 67.6% in 2016 to 66.3% in 2017. The US was the largest non-EU market for branded UK food and non-alcoholic drink followed by Australia, spending £201.8m and £182.6m respectively.

FDF’s industry ambition is to grow exports of branded food and non-alcoholic drink by a third, from a 2014 baseline of £4.5bn, reaching £6bn by 2020. In 2017, branded goods exports grew to a value of £5.8bn (+12.1%), and the strength in export growth to both EU and non-EU highlights that UK food and drink manufacturers are on track to reach this target by 2020.

The US and China are the largest non-EU markets for total food and drink exports, seeing growth of 5.2% and 29.0% in 2017, respectively.

The US is the largest non-EU market for UK exports of branded goods, worth £201.8m in 2017. Within the top 10 products, UK sales of soft drinks to the US were the fastest growing product in 2017, increasing by 24.4%. Alcohol is another significant category, with the US spending £1.4bn on imports including whisky, gin, beer, wine, vodka and cider last year.

China was the fastest growing market in the UK’s top 20 exports markets for branded goods, up 40.3% to £118.8m. Over the past 20 years, UK exports of branded goods to China has increased by 2823%. China was highlighted as one of the top three markets that food and drink companies would like to target according to FDF research.

The FDF has seen a growing interest in UK culture in China linked to the popularity of television programmes such as Downton Abbey. Sales of UK Whisky rose by almost 50% to China last year.

Ian Wright CBE, director general, FDF, says, “These figures illustrate the continued strength of the UK food and drink industry and the global demand for our high-quality products. Brexit presents an opportunity to sell more of our fantastic food overseas, but in order to do that we must ensure that we have appropriate access to our largest trading partners in place once we’ve left the EU.”

Elsa Fairbanks, director, Food & Drink Exports Association (FDEA), adds, “We are delighted that global sales of food and drink from the UK continue to grow in line with the FDF’s industry ambition to increase exports of branded food and non-alcoholic drink by a third to £6bn 2020.

“This reflects the quality of the products that are being produced in the UK and also the hard work and commitment of the food and drink exporting community.  With only one in five companies currently exporting, the FDEA looks forward to working with more businesses to help them start their export journey.” 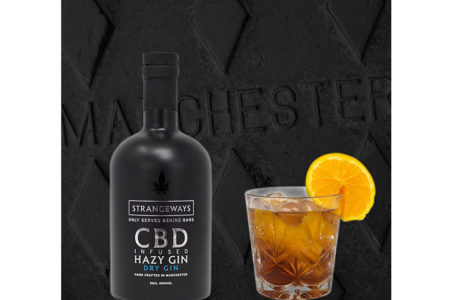